A promotional, traditional format Advan is being used in London to promote the live show throughout key, targeted areas. The striking Advan features an image of Diljit Dosanjh alongside relevant concert information to inform and engage with audiences.

Brit Asia is a television channel aired on Sky Digital and is dedicated to young British Asians -delivering the best of British Asian music, entertainment, news, chat shows and more. Diljit Dosanjh is a singer, actor and television presenter, and is recognised as one of the leading artists in the Punjabi music industry.

Delivering the same impact as a 48 sheet billboard, this Advan has the added advantage of being a mobile format to maximise reach to audiences across a short period of time. Cost effective and high-impact, the Advan can be driven to target highly receptive audiences throughout the city – helping to effectively promote the concert and drive ticket sales. 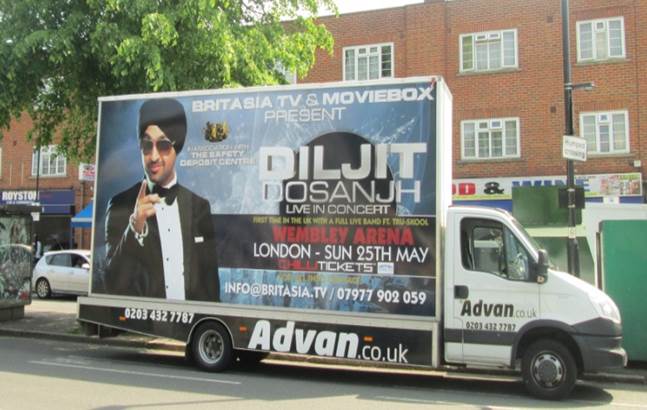