“Ilkestone station is finally open for business… get outta town” was the message displayed by the rail network as the mobile billboard travelled around high-footfall locations in the town, raising awareness of the new station.

Advans can be used as both mobile and stationary billboards, targeting a large and diverse audience and raising awareness of products and services. 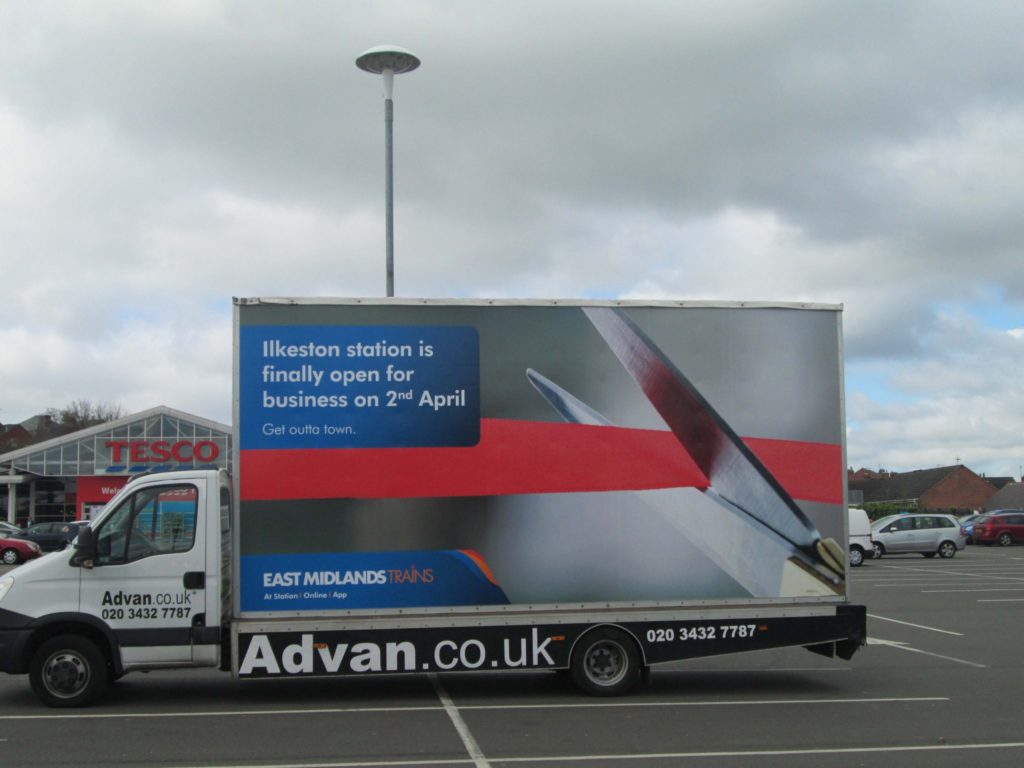 Before the new Ilkeston Station was opened on 2 April, the town has previously been the largest in Britain on a passenger railway without a station. Around 160,000 people are expected to use the station in its first year, with all trains operated by East Midlands Trains.

“It’s great news for customers that the new station is open and offering regular train services to help them commute to work, travel for leisure and links to major cities. This is a landmark day for this town and we would like to thank our partners and the local communities for their support in getting the station opened today.”